I recently attended the Microsoft Heroes Happen {2008} launch event for VS 2008, Windows 2008 and SQL Server 2008 in Sydney. All attendees received a "launch pack" of Microsoft software, which included a promotional, 90-day trial of Visual Studio 2008 Team System.

I chucked the DVD in the drive of my home PC and Vista asked me what I wanted to do with the blank disc. 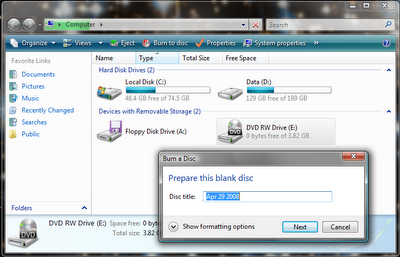 Great, so I managed to get a faulty disc, right? Well, on a whim I fired up my Ubuntu 8.04 VM and tried reading the disc: 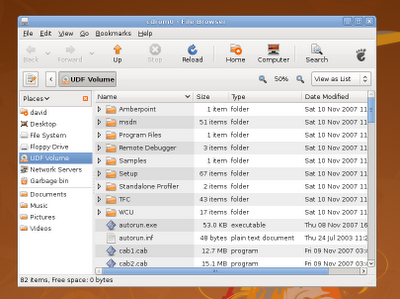 So to install my promotional Microsoft software on Microsoft Vista I had to rely on Linux. :-) Turns out it was just a driver issue with Vista from either a recent update or software installation, fixed by removing and replacing the DVD device in Device Manager, but I still found it mildly amusing. While not qualifying as ironic, it probably meets the Alanis-definition :-)